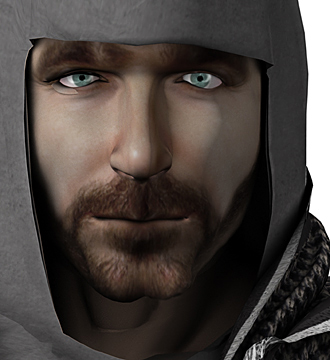 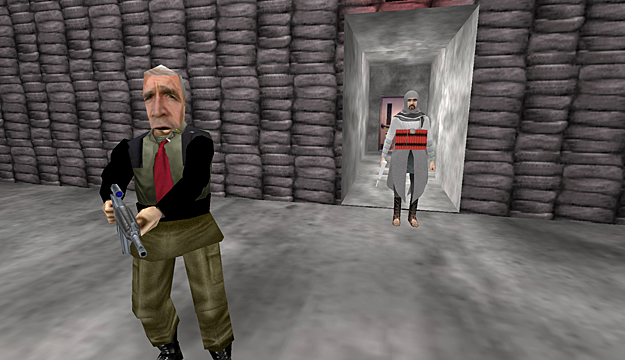 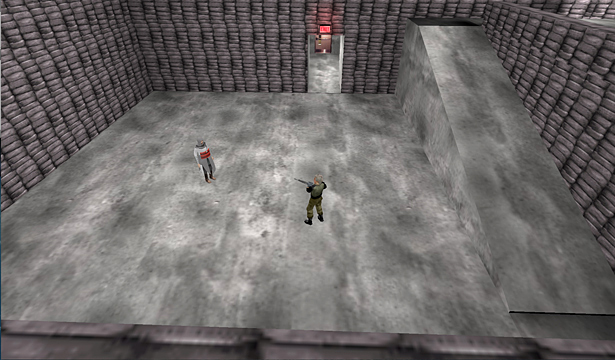 In the widely marketed video game Quest for Saddam, players fight stereotypical Iraqi foes and try to kill Saddam Hussein. Al Qaeda did its own take, creating an online video game using the structure of Quest for Saddam, but adding a new “skin” to turn the game into a hunt for Bush: The Night of Bush Capturing. Artist Wafaa Bilal hacked the Al Qaeda version of the game to put his own nuanced spin on this epic conflict.

In The Night of Bush Capturing: A Virtual Jihadi, Bilal casts himself as a suicide-bomber in the game. After learning of the real-life death of his brother in the war, he is recruited by Al Qaeda to join the hunt for Bush. Virtual Jihadi is meant to bring attention to the vulnerability of Iraqi civilians to the travesties of the recent war, as well as their vulnerability to recruitment by violent groups such as Al Qaeda due to the US’s failed strategy to secure Iraq. The work also aims to shed light on groups that traffic in crass and hateful stereotypes of Arab Culture with games like Quest for Saddam and other media.

In these difficult times, it is our duty as artists and citizens to improvise strategies of engagement for dialogue. This platform is a piece of fiction that uses the video game format to create alternative narratives and perspectives.

Because we inhabit a comfort zone far from the trauma of the conflict zone, we Americans have become desensitized to the violence of war. We are disconnected and disengaged while many others do the suffering. The game holds up a mirror that reveals our own propensities for violence, racism and propaganda. We can close our eyes and ears and deny that it exists, but the issues won’t go away.