The Things I Could Tell… 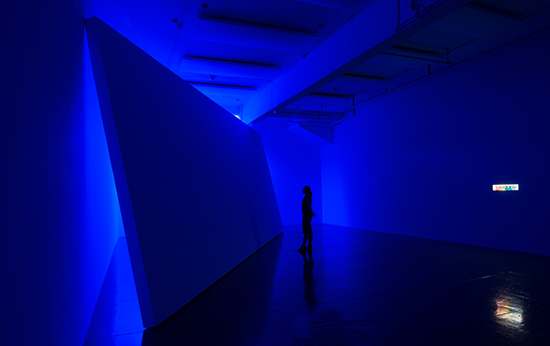 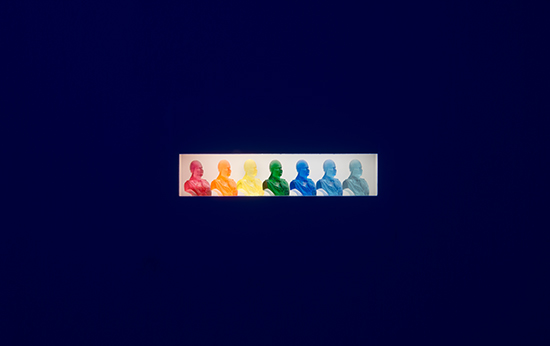 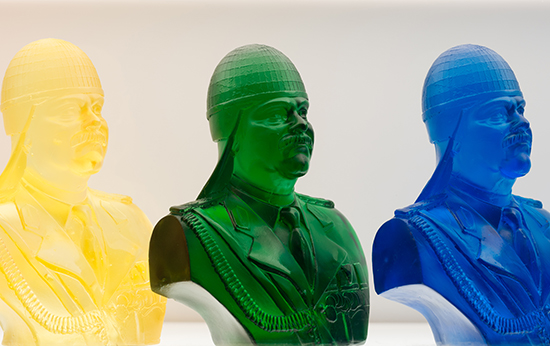 During the Islamic Golden Age, renowned Persian scholar Ibn Sīnā composed a philosophy of chromotherapy that assigned physical properties of healing to colors. Writing in The Canon of Medicine, Ibn Sīnā observed that the color red stimulated movement of the blood while blue or white soothed it; yellow tempered muscle pain and inflammation. Over time, Ibn Sina’s therapeutic approach to color has developed and expanded, as well as faded in and out of use. More recently, psychiatrists have utilized chromotherapy as a complementary technique for mental and physical health.

In The Things I Could Tell… chromotherapy becomes a point of departure for an installation at Artpace, San Antonio, that addresses the precarious nature of recovery in the aftermath of war. In a nearly empty room, the only source of light glows from behind a blank freestanding wall of monumental size, tipped perilously against the corner. Viewers to the installation select the temperature of light from a spectrum of colors to suit their mood as they explore. The colors range from deep-sea tones and emerald green to angry red, suffusing the space with an impermeable palette that reflects a subconscious state.

On the opening night of The Things I Could Tell… the installation is submerged in blue—a color chosen by a veteran of the Iraq War who stands silent and hidden behind the leaning partition that threatens collapse at any moment. Visitors to the installation on opening night encounter the silent veteran one at a time in solitary exchanges that imply what remains unsaid, leaving the installation to suggest unstable structures, failing support systems and the internal struggle to find peace even after the conflict settles.

Outside of the leaning partition, a small lightbox incised into an adjacent wall highlights seven miniature glass busts of Saddam Hussein crowned with the Dome of the Rock, one of the holiest shrines of Islam. The colorful figurines refer to colossal stone statues erected in Iraq at the height of Saddam Hussein’s regime. Their intimate size and candy-colored tones undermine the despotic power of the original monuments, while their presence against the backdrop of partial collapse and the silent veteran serves as a vivid reminder of the ways in which sites of conflict continue to oppress its survivors long after the trauma has passed.