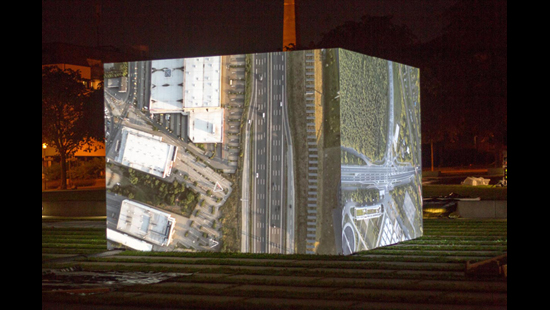 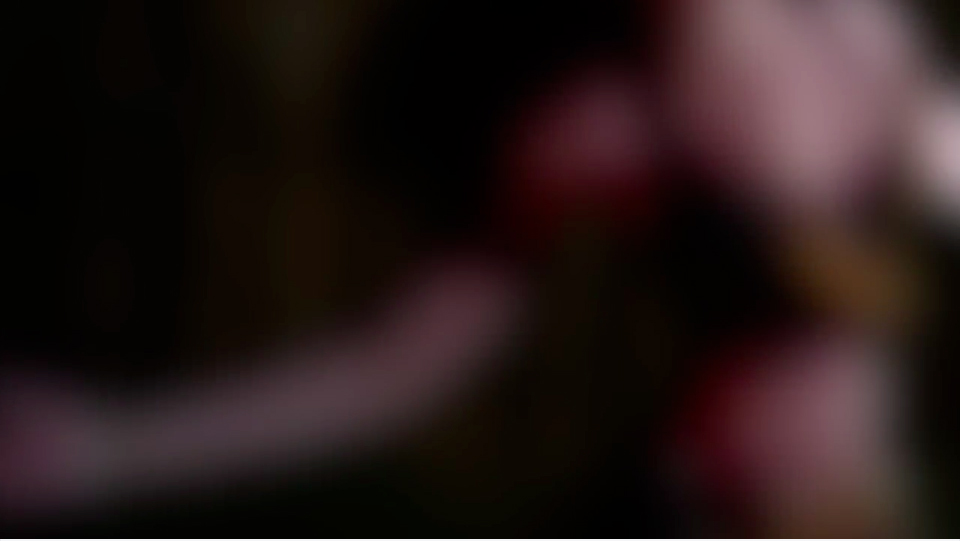 Dead Serious – a collaboration between Wafaa Bilal and the Nadar Ensemble with the support of IMD & the Flemish Community.

Aerial footage taken during a hot air balloon flight over the city of Darmstadt projected on four large screens, and the simultaneous inflation of four full sized hot air balloons open the performance event. Nadar (Gaspard-Félix Tournachon, 1820-1910), the historical figure after whom the ensemble is named, used hot air balloons to pioneer artistic aerial photography in Europe, but also used them for political purposes: spying, map making, and surveillance. This use of hot air balloons for spying and mapping is similar to how drone technologies are used today.

The sound composition that inaugurates the event, EXIT F, responds to this history. Michael Maierhof wrote EXIT F (for four hot air balloons and an ensemble) at the request of the Nadar Ensemble. The latter’s hometown Sint-Niklaas (Belgium) annually hosts one of the major hot air balloon events in the world. Helmut Lachenmann’s maxim that “Komponieren heisst: ein Instrument bauen” (“composing means building an instrument”), holds more for Maierhof than anybody else. Each new composition of his is the result of a long-term process of meticulous processual experimentation playing existing instruments in unorthodox ways, and developing new instruments through isolating the sound of existing everyday objects. In EXIT F, the thunderous noise of the four hot air balloons’ gas burners becomes a critical compositional element in dialogue with all the other unconventional instruments, such as a cello and a guitar that are played with electric toothbrushes, or three ad hoc players who are set to work with buckets, cups and nylon strings. EXIT F also uses the bursts of fire activated by the balloonists whenever the synchronized video-score calls for them, as a visual and tactile element used compositionally. The displacement of energy caused by these fire bursts can also be felt physically by the audience, especially as these four hot air balloons are, like the musicians, in their close physical proximity, making their bodies fully aware participants of the experience.

Further articulating the connections between balloon surveillance in the past and drones in the present, Iraqi-American new media artist Wafaa Bilal intervenes by sharing footage of random pedestrians reading excerpts from the United State’s Patriot Act filmed in Union Square, New York City, which is projected on the four large screens. This legislation which erases constitutional rights and protections around legal and personal freedoms and privacy, and which impacts people all over the world, emerged after the tragic events of September 11th, 2001 in the United States. The US Patriot Act states clearly that it will protect the rights of Arabs and Muslim minorities in the US, outlining explicitly the population that would ironically become its main target. Coincidentally, Darmstadt was also bombed on September 11th 1944, leaving deep structural scars on the land and its architecture that the initial video projection aims to slowly disclose.

Describing the research process that lead to the composition of Generation Kill, Stefan Prins links the role of smart phones, web cams, and social media in the real-time, multi-angled global transmission of the Arab revolutions in 2011, to the widespread use of CCTV cameras by police forces in developed nations, and to the use of drones (unmanned aerial vehicles) in Iraq and Afghanistan by the US military, along with the citizen-generated images of the impact of these drone bombings on innocent civilians. Regarding the book ‘Generation Kill’, in which Evan Wright chronicled his experiences as an embedded reporter with the 1st Reconnaissance Battalion of the US Marine Corps during the 2003 Iraq invasion, Wright states: “This is a war fought by the first playstation generation. One thing about them is they kill very well in Iraq.” This sentiment yields the composition. Generation Kill is a response to the new hyper-reality generated by the fluid movement between virtual and non-virtual space that constitutes the mundane experience of everyday life. Our lives exist in computerized space, while dynamic interactions are designed to enhance good versus evil narratives, as for example in video games and animated action films that provide virtual futuristic sites of escape from the futility of daily consumption. In a similar fashion, and removing the need to be present in the conflict zone, drones point to the illusions of the comfort zone. Generation Kill questions how we are desensitized when video game violence, and real life violence can take place from the comfort zone, via remote control.

To intentionally deal with voyeuristic Orientalism, the drones gaze as a masculinized and mediated means to power, and with the politics of gender in the dynamics of invasion, a dancer suited in seductive metal armor defies the danger of the drones by teaching them to belly dance. Dance works as the metaphor for the newly choreographed technologies of distant war, but also subversively explodes the joyful and resistant percussiveness of the body, challenging the gaze, and exposing the many paradoxical moments of danger and beauty in the dynamics of human dance with machines: the struggle for control over and use of technology is married to the ways technology enhances and magnifies the power of the body. Allowing the machines to freely explore her body, to then control them and be threatened by them, the dancer dramatizes fully the seduction of power and the many levels of exposure of the flesh that are part and parcel of the daily dynamics of the war zone. This way the last moment of the performance asks: what does it mean to develop intimacies with technology, while being subjected to its constant gaze?

The evening-long work, DEAD SERIOUS is the combined, four-part multimedia performance event created by Pieter Matthynssens and Stefan Prins (Nadar Ensemble), Iraqi -American artist Wafaa Bilal, and guest performer Meiver De la Cruz, that deals with these connected histories through an exploration of surveillance in relationship to bodies and shifting technologies. The physical distance embedded into surveillance mechanisms and weapons that makes them kin to video games eliminates the intensity and emotional engagement that naturally emerge in the physical proximity to violence, erasing our awareness of the true precariousness of the body. DEAD SERIOUS collapses this distance between the real and the virtual; by making the audience both voyeur and surveilled subject, and by dramatizing the continued presence of legacies of uneven gazing in the ways technologies of surveillance are deployed in the present. Through the aesthetization of the experience, these intertwined politics become an interactive spectacle processed through multi-sensorial means. In DEAD SERIOUS mediation serves as a tool to bring attention to immediacy.