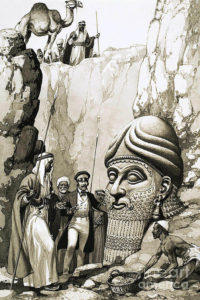 COLONIAL EXCAVATION OF THE WINGED BULL OF NINEVEH 1847

Sir Austen Henry Layard (1817-1894), the English traveler, archaeologist, and art historian, couldn’t believe his good fortune when Iraqi workmen uncovered the enormous crowned and bearded head of an ancient lamassu, or winged bull, during the 1847 excavation of the Assyrian palace complex at Nineveh, located along the east bank of the Tigris River in modern-day Mosul, Iraq. 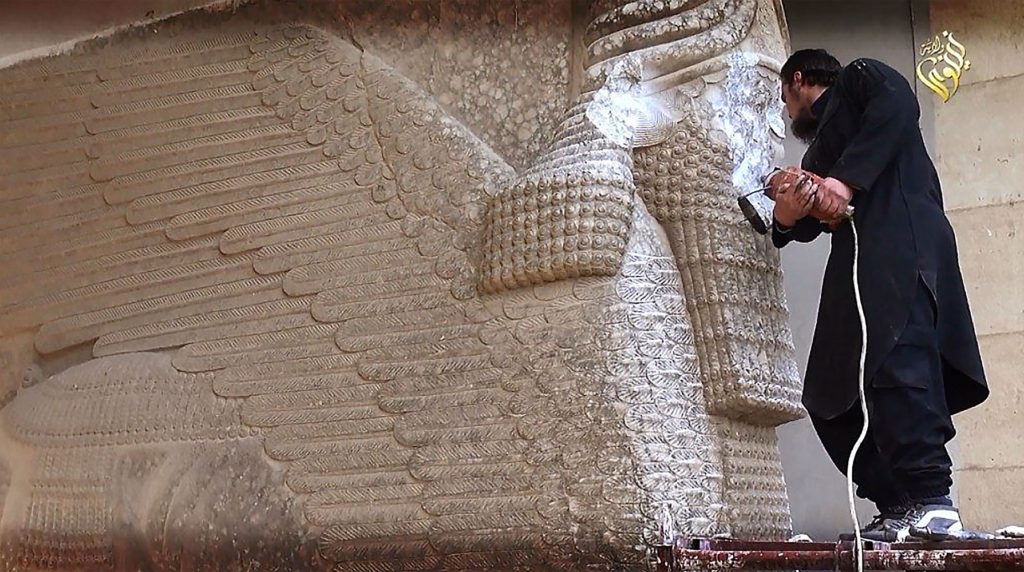 Still from a 2015 ISIS propaganda video showing a member of the iconoclastic militant group wielding a jackhammer to chisel off the face of a nine-ton lamassu, a human-headed winged bull monument built in the 8th century B.C. to guard the Nergal Gate of the Assyrian city-state of Nineveh [Video Still Balkis Press, SIPA, Associated Press] 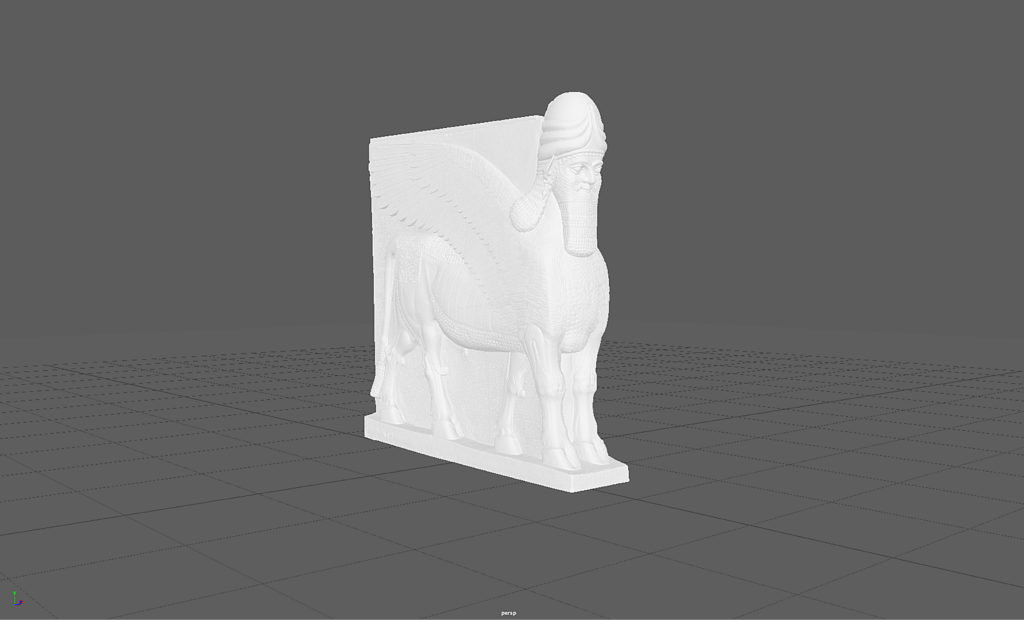 The skinless or “skeleton” rendering of a 3D scan of the Assyrian winged bull lamassu from the collection of the Metropolitan Museum of Art, shown floating in a nonspecific and untethered digital environment. 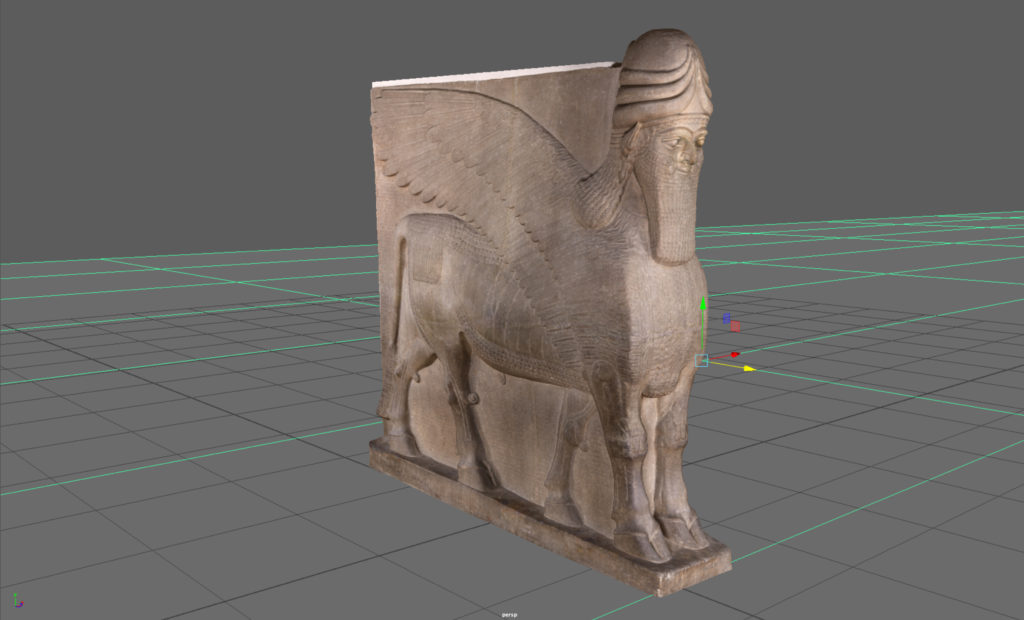 The same 3D scan of the lamassu sculpture after photographic image mapping, a process which pixelates the digital code to render the object’s surface texture or “skin”,  as well as delineate the specific axis gridlines of the digital environment. 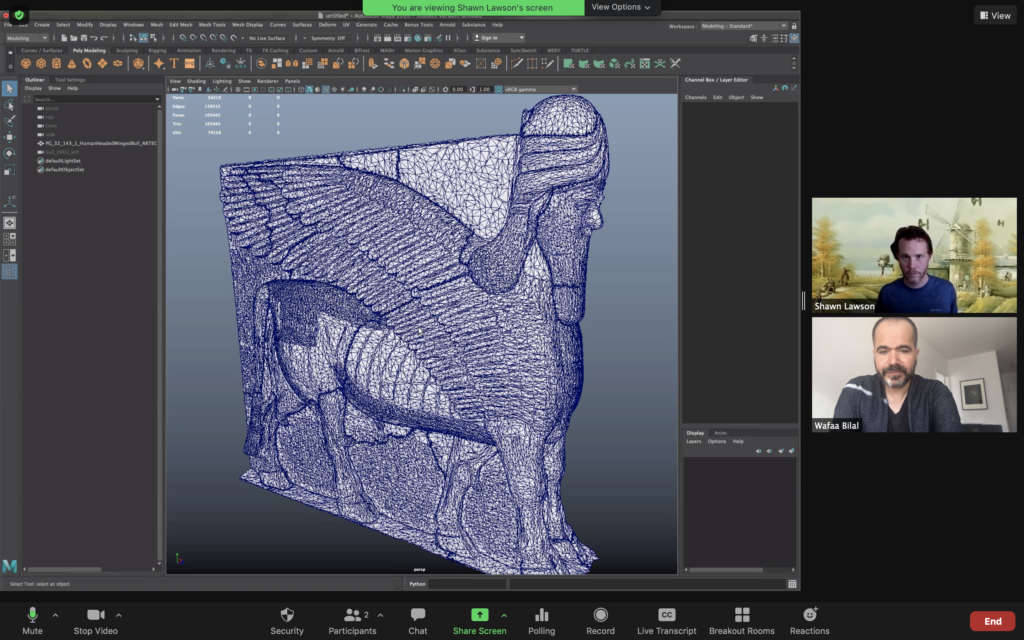 In progress mesh reduction checkpoint from millions of triangles to 105,000 triangle. 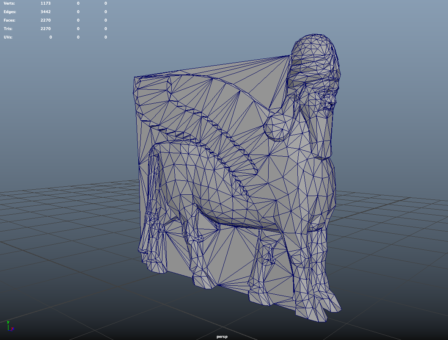 The Lamassu laser-scan mesh underwent a process triangle reduction by 99.9998%, resulting in a 3D model of 2270 triangles. This reduced mesh was compressed with Draco into a binary format.